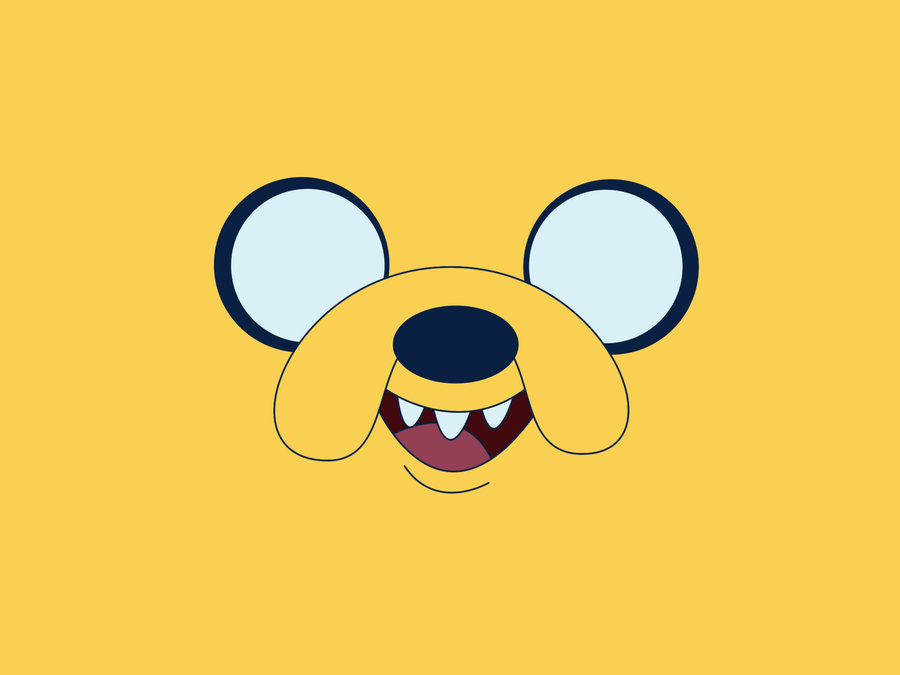 On Being the Jake Size

By Andrew Crocker and Parker Higgins

The past half-decade has brought much to delight scholars in our field. In this lustrous lustrum alone, we have seen Thurston’s now-canonical monograph on the lifecycle of rainicorn larvae and Schwartz’s field recordings of the peppermint people. Truly, we are experiencing a golden era in Adventure Time zoology.

Now, added to this cornucopia, comes a new translation of a dusty folio produced by an early Enlightenment writer, Jan Mauritius van Faeckel. A foreword by the translator, Bryn Mawr College’s Professor N. Hardy Philips, presents a serviceable biographical sketch of Faeckel’s life and introduces neophytes to his major works. However, the estimable professor’s description of the seventeenth-century naturalist circles in which Faeckel produced these works is less accomplished. In particular, one would have hoped he would give more weight to the Leiden-Utrecht intellectual and cultural interchange Cornelius and Licht explored in their 1999 book. And his assertion that the naval officer Cornelius Tromp was the most important Orangist military figure during the so-called Disaster Year (rampjaar) of 1672 betrays a worrying lack of familiarity with Faeckel’s epoch.

Introduction aside, Philips cannot be faulted for his sparklingly fresh translation. Entitled De principiis mathematicis et biologicum venenatis canes, the book was for many years the neglected stepchild of Faeckel’s work. It is to Philips’ immense credit that he shows that this disinterest stemmed not in the substance, but in the words. Earlier English translations would have us believe this remarkable book to be a lengthy investigation of the biological and physical attributes of a species of jackal native to southeastern Africa. Little mind that the full extent of Faeckel’s contact with such a jackal could have been only a stuffed specimen housed in a British nobleman’s Wunderkammer, and no matter that Faeckel is known to have visited England but once. This did not stop scholars from speculating that the author might himself be suffering from hydrophobia, given his apparently inexhaustible interest in these venomous and exotic creatures.

Thankfully, recent work by Philips and a number of unrecognized other scholars has uncovered a fatal misapprehension of the text: In Faeckel’s Low Country Latin vernacular, “venenatis,” thought to refer to the jackal’s debilitating bite, has instead been more accurately rendered as “infused with a potent substance,” or more simply, magic. The importance of this correction can hardly be overstated: at once, a minor work becomes a critically important source, and there is not a shred of doubt that a generation of scholars will now turn their attention to poring over its little-noticed details.

T(The importance of this fundamental misstep becomes more glaringly apparent upon consideration of how previous translators have compounded the error in ways that now seem horrendously inapt. For example, having determined Faeckel’s subject matter to be jackals, not magic dogs, Faeckel’s benighted first English translator must have spun a desk globe and placed his finger at random on Rhodesia, intent in his belief that the habitat described so precisely by Faeckel—“Central Ooo”—lay in this region.)

Nevertheless, Faeckel’s reputation has survived this historical slander. More important, his teachings on the so-called magic dog emerge undiminished. It seems that this much-ridiculed text provides a key to understanding these animals’ prodigious shape-shifting abilities.

As is now thoroughly documented, magic dogs can stretch themselves to great length, grow very big or very small, and take on other forms. Other singular characteristics are likely related; see, for example, the dog’s defeat of microbial and viral pathogens by means of a “stretched” immunodefense system.

Faeckel’s gift was to approach the magic dog without the pretense or academic hubris endemic in newer treatments. Though his text lacks the niceties of modern empirical process or detailed technical schemata, he shows a piercing understanding of these remarkable abilities. A haphazard diagram—evidently rendered in squid ink—shows the magic dog raising itself on immense hind legs to survey a sylvan landscape. Another, a more detailed rendering of the creature’s nostril, demonstrates its olfactory wonder, far superior to even other canine species.

Viewed through Faeckel’s lens, it becomes quite plain that our contemporary paradigm of the species, Jake the Dog, is no more magic than the Giant Pacific octopus, Enteroctopus dofleini, which, despite an arm span of 6 meters, can fit through a hole the size of a lemon. The ineluctable conclusion is that the natural world is, after all, lumpin’ awesome.

With the aid of this new translation, Adventure Time zoologists (and here the authors humbly nominate themselves) are poised for a remarkable breakthrough. Thus, we seek to propose an as-yet incomplete set of principles guiding Jake’s physical properties, with special attention paid to his Stretchy Powers.

But in fact, Faeckel has directly proposed an explanation: A direct dependence on an atmospheric substance that allows magic dogs to expand. Faeckel termed this substance “procrustium,” after the stretcher of Hellenic lore, and postulated that its terrestrial quantity was strictly limited by unknown mathematical rules. It is this catalytic factor that limits the dog’s grow property. The authors will leave it as an exercise for others to use mass spectrometry tools to divine the precise formulae involved.

Faeckel's curiosity was well known to verge on the competitive, and he would undoubtedly have treasured the knowledge of the specific mathematical underpinnings of the mechanisms he conjectured. Still, certain questions would have remained unapproachable by the limited science of his day—and indeed, continue to rest thornily in the sides of our field's theoreticians, who have as yet failed to reconcile existing frameworks at the extremes of their operation. Faeckel's posited procrustium may act predictably—if remarkably—in its interaction with many physical materials, but a coherent model for its behavior in contact with other substances possessed of similar properties proves elusive. As early as Season 1's "Trouble in Lumpy Space," it's clear that Jake's Stretchy Powers provide little defense against the effects of the lumps, as transmitted by a lumpy bite.

By what biological structures are the lumps communicated, and how do they differ from the transmission vectors of the more mundane toxins that pose no danger to C. venenatis such as Jake? The answer seems frustratingly positioned just beyond the grasp of both Faeckel's contemporaries and modern scholars. The literature of Faeckel's era approaches the lumps only through a cryptozoological lens that serves a largely historical value. Faeckel himself appears to have corresponded with his coeval Lodewijk van Schooten on the topic, though tragically only Schooten's somewhat cryptic response survives. And more recently, while the groundbreaking series of auspicious papers presented by Dr. Ignatius L. Pfeffermann between 1971 and 1974 seemed poised to re-conceptualize our understanding of both the lumps and the category of afflictions known colloquially as "werewolfism," the promised advances never materialized. (Of course, we cannot know if Pfeffermann's theories would have ultimately proven more fruitful had fate not cruelly intervened; the 1975 disappearance of his mushroom field research expedition in the Brazilian Amazon rocked the tight-knit community that so eagerly received his papers and has never been resolved.)

Even absent these answers, the degree to which Faeckel's rudimentary observational naturalism presaged our modern understandings of Adventure Time zoology is remarkable, and the welcome Philips translation will likely quiet the unduly skeptical scholars that have begun to receive so much attention of late. Naturally, our field expands and transforms in large part through new observation and scientific discovery; but under Philips's deft hand, Faeckel's work can remind us that a reexamination of earlier endeavors can prove just as informative.

In many ways, Faeckel’s pricipiis anticipates and preemptively refutes JBS Haldane’s seminal essay, On Being the Right Size. Haldane’s 1926 screed, long a standard in mass market anthologies, purports to explain the animal kingdom’s proportions as “natural.” It does so with a certainty bordering on the pedantic—Haldane is never happier than when he is crushing the pre-Enlightenment giant:

Such are a very few of the considerations which show that for every type of animal there is an optimum size. Yet although Galileo demonstrated the contrary more than three hundred years ago, people still believe that if a flea were as large as a man it could jump a thousand feet into the air.

The authors can vouch for the popularity of this passage with a certain strand of notionally freethinking boarding school geometry teacher, the sort who could seemingly hear the pages of an issue of Fantastic Four turning in the back row. To such a man, Faeckel roars from out of the darkness: Your airless axiomatic truth is not all!

For it is the same sclerotic approach to academic rigor that leads scholars to reject the seemingly "supernatural"—notwithstanding perfectly natural, if counter-intuitive, explanations—as leads to the dismissal of Faeckel's scholarship itself. Such a narrow view wraps itself in the cloth of commitment to science, but stands at odds with the animating spirit of scientific discovery.

The revelation of such fundamental errors in earlier translations of what must now be considered a seminal work should call into question the field's most basic assumptions about the research of Faeckel and his contemporaries. Though the truly astonishing elements of this new translation are firmly contained within the primary focus on natural science, Philips is equally at ease translating Faeckel's unusual mathematical postulations. Faeckel notoriously immersed himself near totally in the world of numbers during the twilight years of his life; we look hopefully to Philips turning his expertise next to those crepuscular works and trust he can produce something truly algebraic.

From a strictly academic point of view, this new, more accurate translation is all but guaranteed to achieve two noble goals: Adventure Time scholars can begin the important work of placing magic dogs into their rightful home in the taxonomy of the animal kingdom, and—perhaps as important—a new generation of scholars will be introduced to the groundbreaking work of one of the more eccentric early Enlightenment scholars.

In truth, it is this last point that makes this new translation such an extraordinary entry into a field that, as we note, is without a doubt experiencing a golden era. New field discoveries are certainly an essential component in advancing Adventure Time studies. But our current ability to turn to slay the monsters of earlier misunderstandings in the field leave little room for ambiguity. Truly, it’s time for adventure.